Dahlias are the showiest flower I grow.

They come late in the season here.

Imagine their tubers growing silently in the ground all season.

Waiting patiently for everything else to have its moment in the sun.

Then, just when you think it’s too hot and tired for anything else to happen

The giant dinner plate Dahlias are just that.

The size of your head giant.

Who can resist growing flowers  that big.

And now I seem to have hooked Elliott and Kristina.

They have wonderful Dahlias growing against their neighbor’s garage wall.

I’ve had a Dahlia bed ever since we moved here.

This garden had the perfect place.

A skinny spot near the fence where the garden’s edge curves.

And so it was that first spring I ordered Dahlias.

Way too many Dahlias.

All of them the giant dinner plate variety.

For years they have supplied me with drama for fall arrangements.

People literally gasp when they see them.

But not so much now.

Are now shading both ends.

So it’s time to move.

The Dahlias that is.

When Elliott was here last month we found a new location.

The east side of the garden house

It gets full sun till the middle of the afternoon.

And there seems to be nothing growing in its direction.

So it should stay sunny for years.

It’s at the back of the garden.

So it can provide support for the taller than anything else in the garden plants.

It’s all ready full of plants.

So my big fall project is to find homes for everything there.

And move as many of them as possible.

I began with the Digitalis.

I’ve transplanted all of them to the south side of the arbor.

They seems to be happy.

It actually rained shortly after they were transplanted.

Zinnias and Cockscomb are blooming there now.

They will simply be pulled up at the end of the season.

The biggest part of the project is the large Aloha Rose. 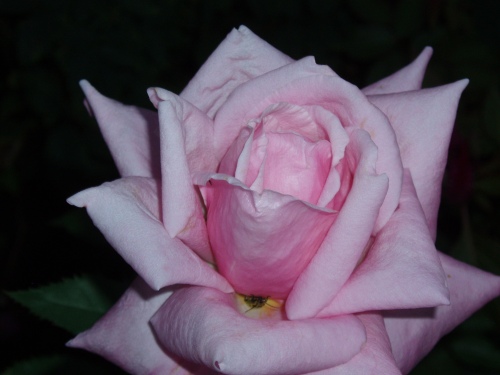 I brought it from my previous garden.

So it’s accustomed to being dug up.

I’ve found a new home for it on the other side of the path.

This is good for many reasons.

I often do a zig zag as I walk through to avoid the thorns on long rose canes.

I’m hoping to get it moved this fall.

But will wait  a bit since it’s finally blooming.

I’d like to enjoy a few more blooms before I start digging.

After the rose is moved I’ll cover the area with manure and compost.

I’ll work it in a bit to allow it to further break down over the winter.

Come spring it will be a rich home for Dahlias.

Now the only question remaining is when to dig the old Dahlias.

Technically, I should dig them every fall since they are only hardy to zone 8.

But…my little zone 6b – 7 garden has kept them warm for years without digging.

If I dig them now I have to keep them someplace cool and dry this winter.

I think I’ll give it a try because….

Guess what I want to plant in their now semi-shady location.

I’ve been seeing some new varieties in my garden catalogs. 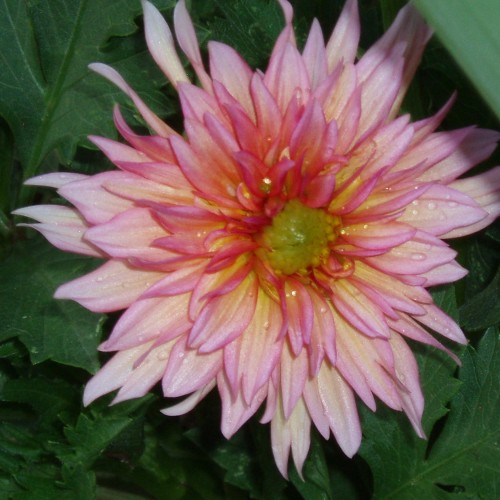